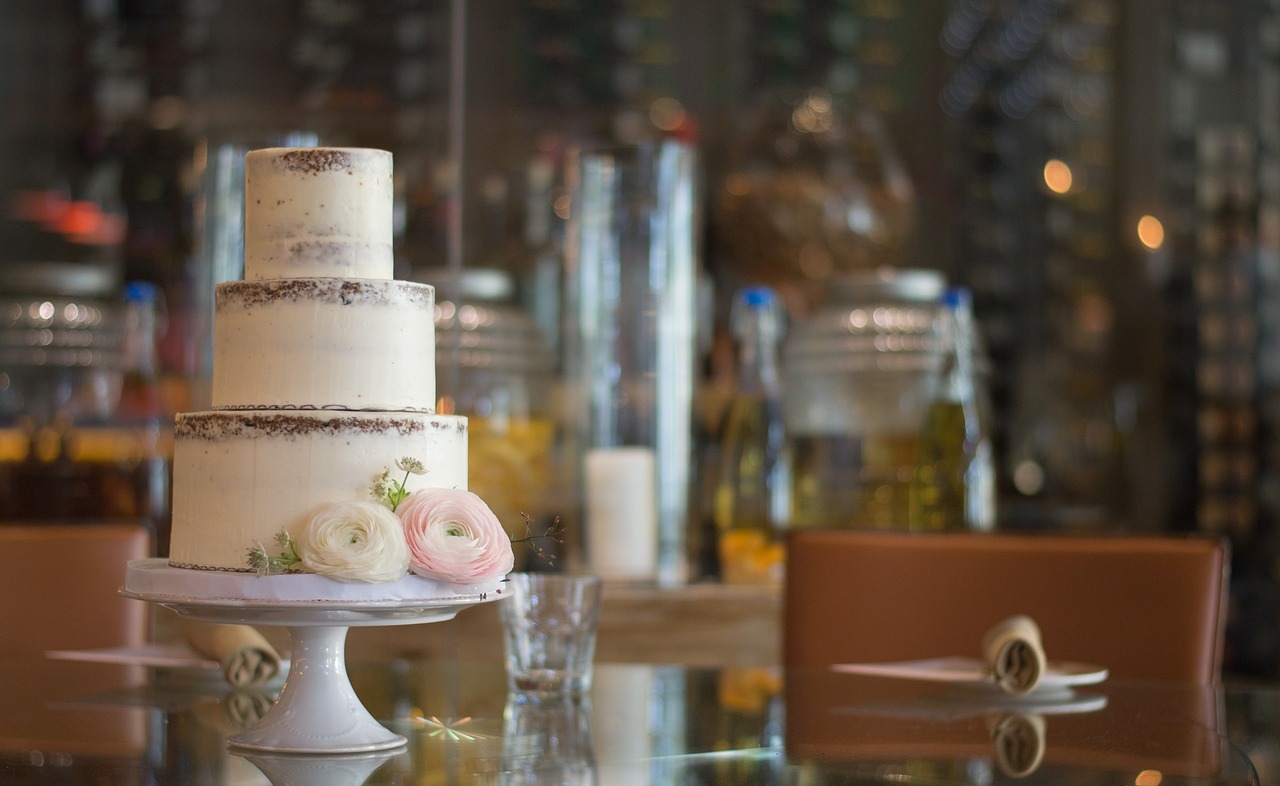 5 reasons to have an intimate wedding 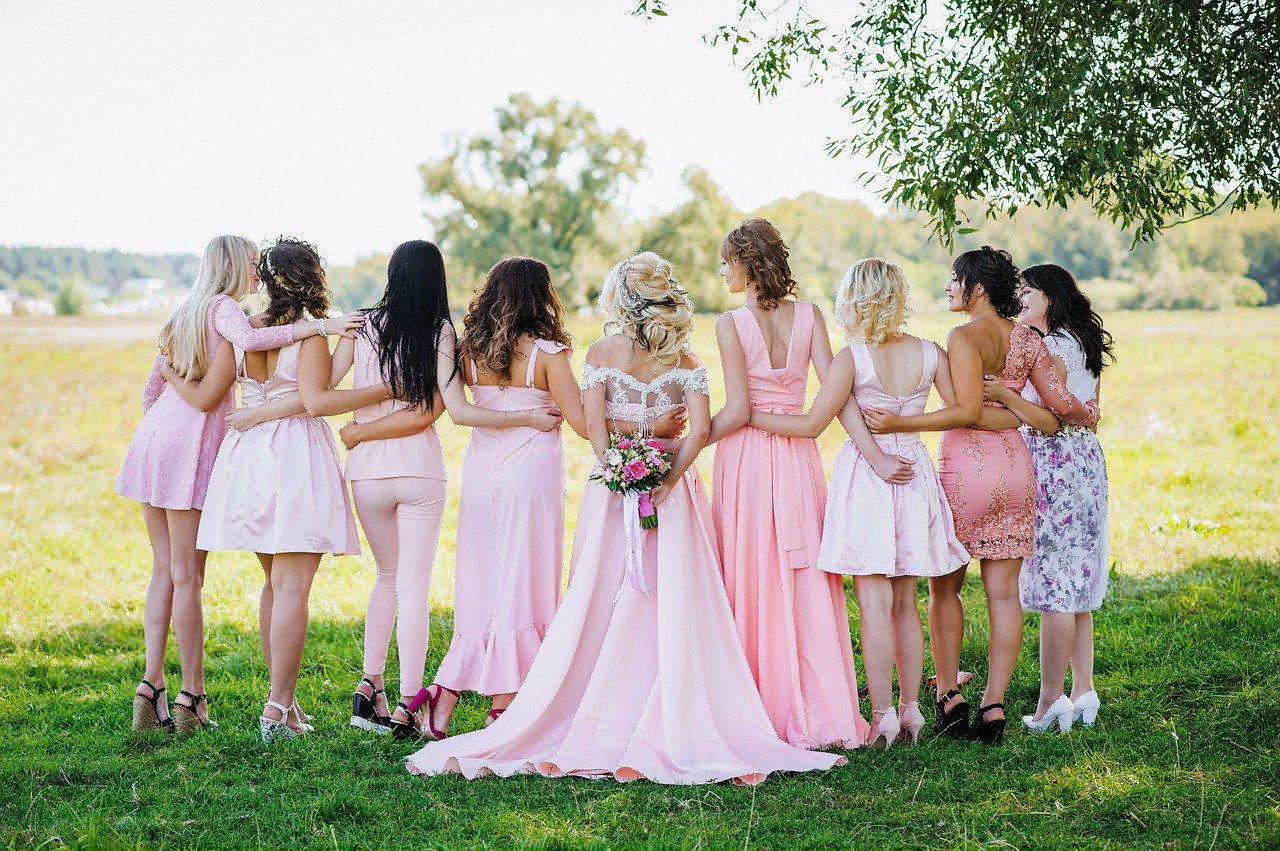 How to organise Hen or Stag Do 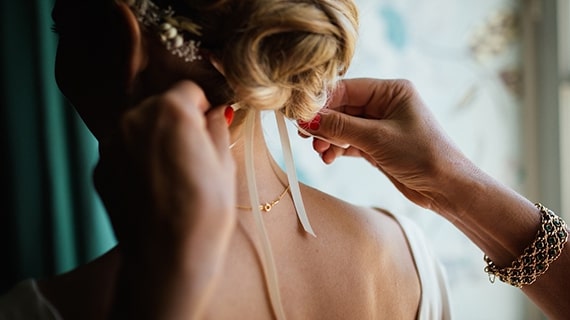 Why Winter Weddings are Wonderful 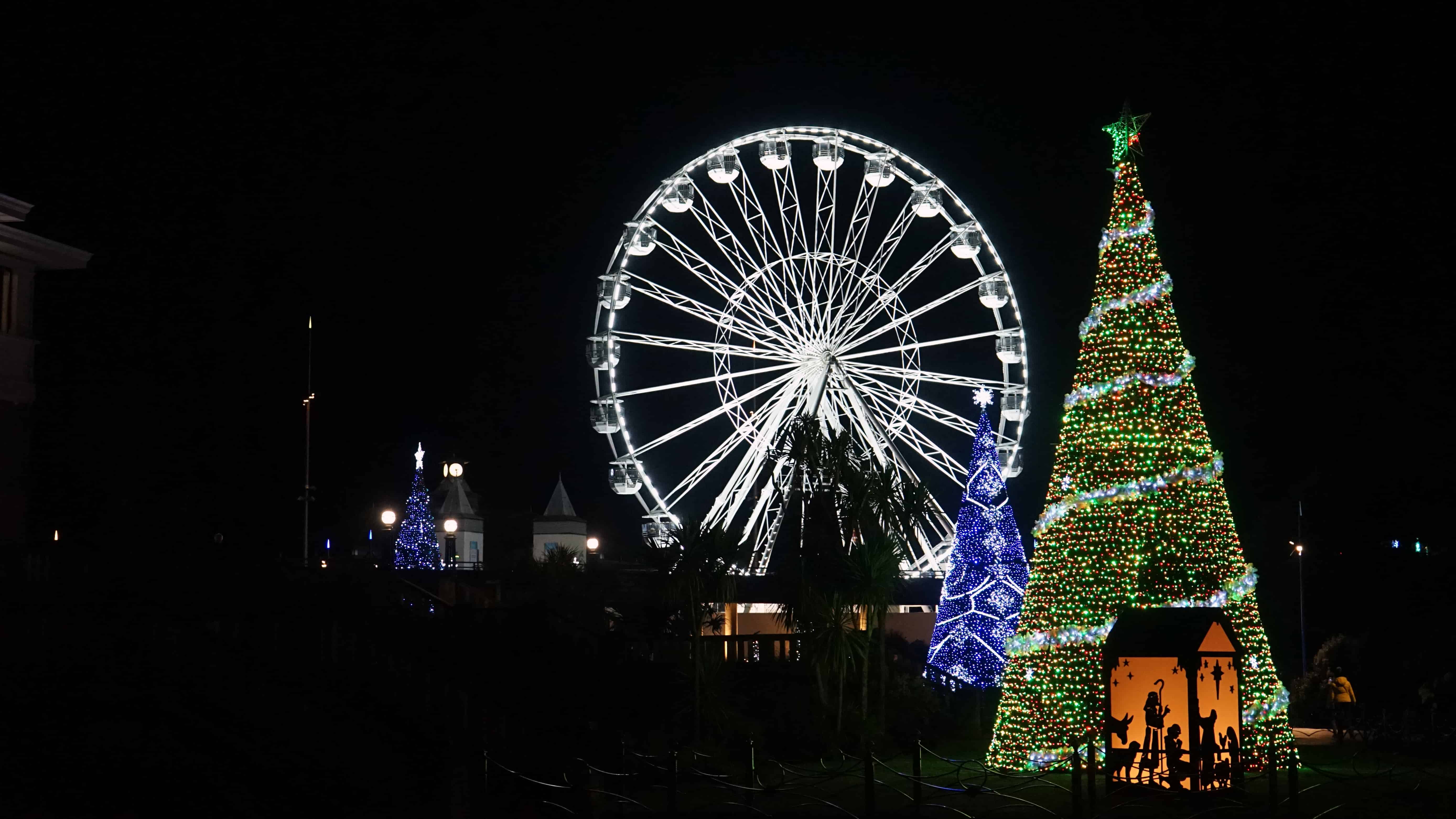 What to do Bournemouth in this Winter? 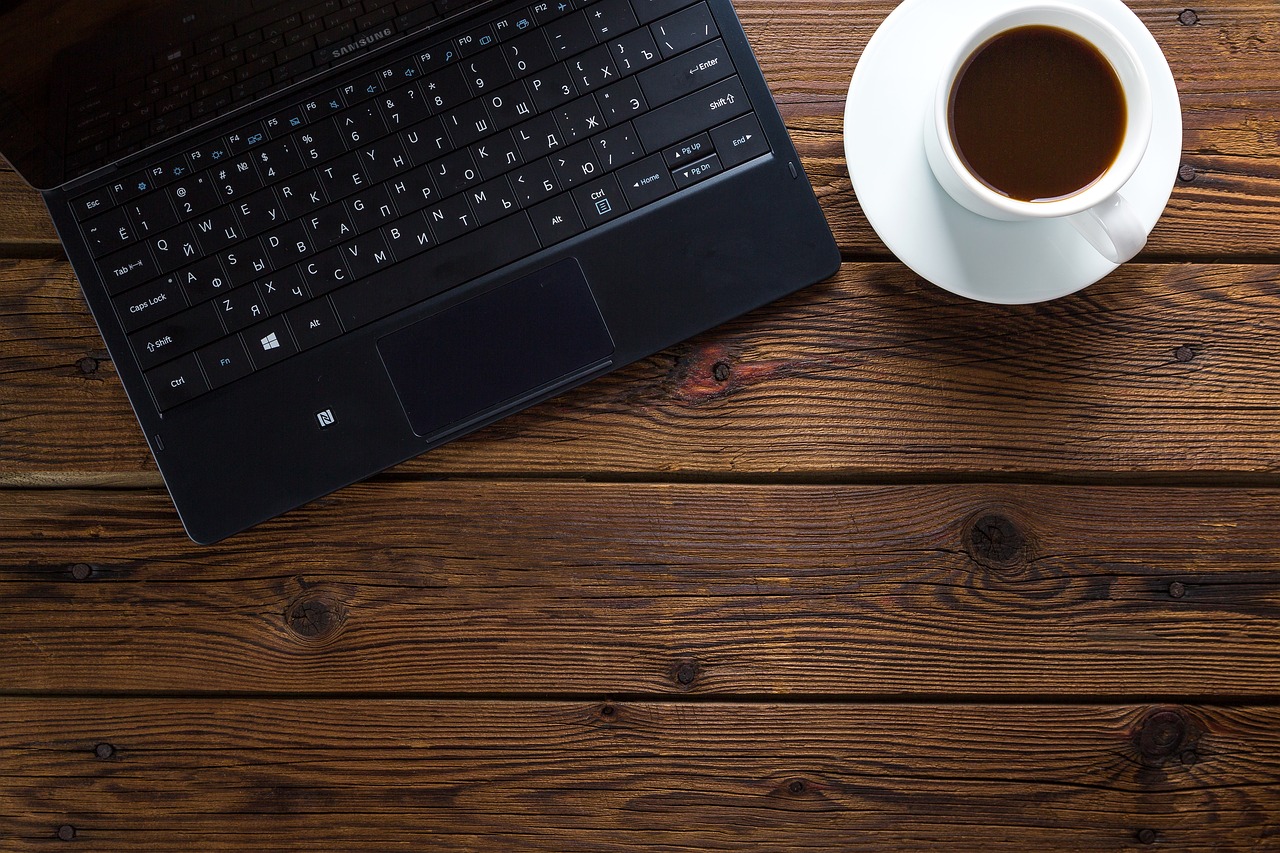 The current hotel refurbishment is not only limited to our beautiful building. After months of work, we are proud to launch our new website with a refreshed look and more user-friendly interface. Click the categories above to find out more details about particular areas of the hotel. Despite the fact that the design changed, the address remains the same.

Additionally, our social media profiles, booking page, enquiry form and latest offers are now available on the right hand side of the website at all times. We hope that you’ll like the new design as much as we do! 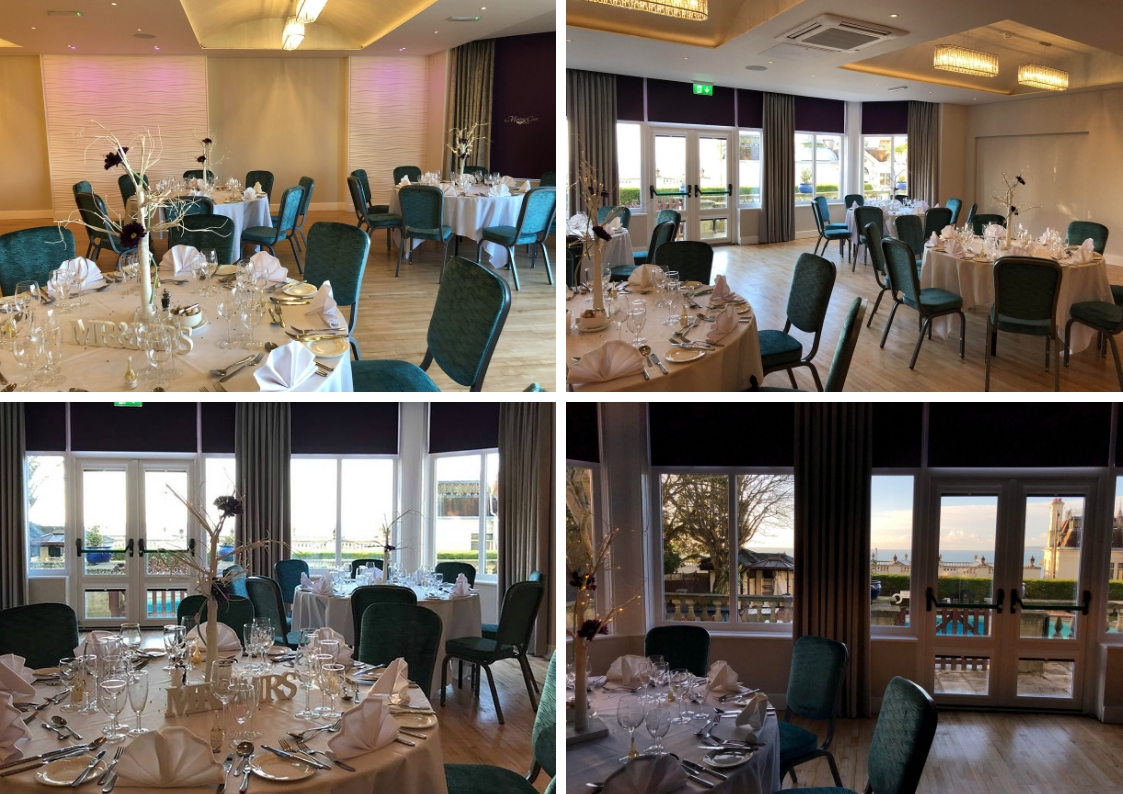 This month we fully refurbished our Terrace Ballroom and the feedback we received has been incredible. As the last of the New Year revellers departed, the builders arrived to transform the Ballroom and Lulworth Suite. Ever mindful of the history of the hotel, the areas were updated with a fresh, new and elegant look whilst retaining the traditional charm in keeping with the style of the rest of the hotel. We hope you like it!

At night, the venue transforms to what you need: a vibrant colour coordinated space for weddings, private functions, conferences and events.

Isn’t this the perfect place for your next event?
We look forward to showing you around on your next visit! 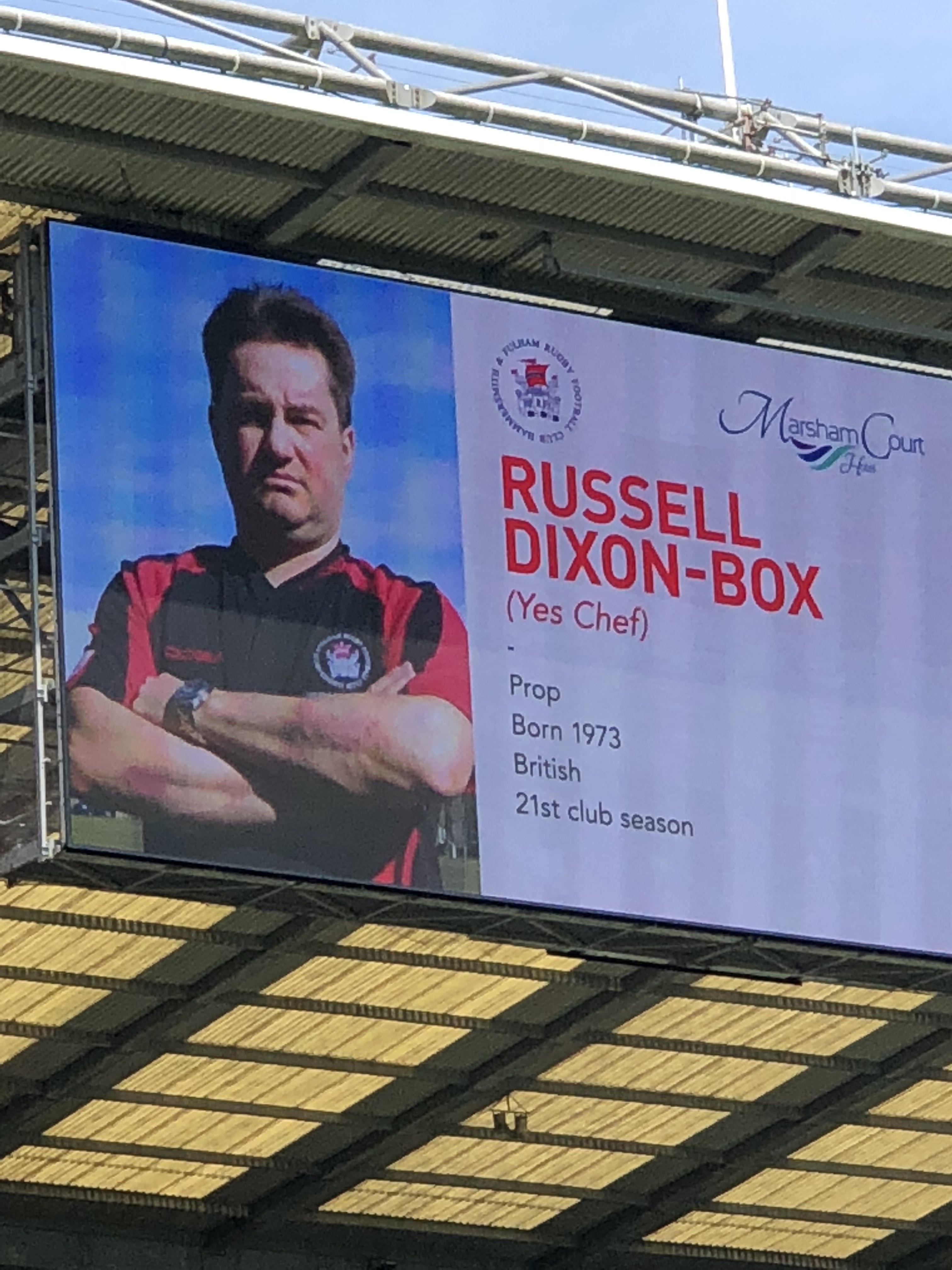 Since the death of his club mate Stuart Mangan in 2009, our Finance Director Russell, together with his Veteran’s team, have been raising money for the RFU Injured Players Foundation.

Between 2009 and 2017 the charity raised over £120,000 for disabled rugby charities, through matches played in Stuart’s memory.

This year they wanted to do more to raise awareness of a charity that does so much for injured players and their families and an idea was hatched to host a grass roots veterans rugby tournament at Twickenham. Incredibly this plan with the generous support of the RFU, came off and on the 9th June 2018, 130 veteran players from 4 clubs who have suffered catastrophic player injuries, put their bodies on the line on the holy turf. 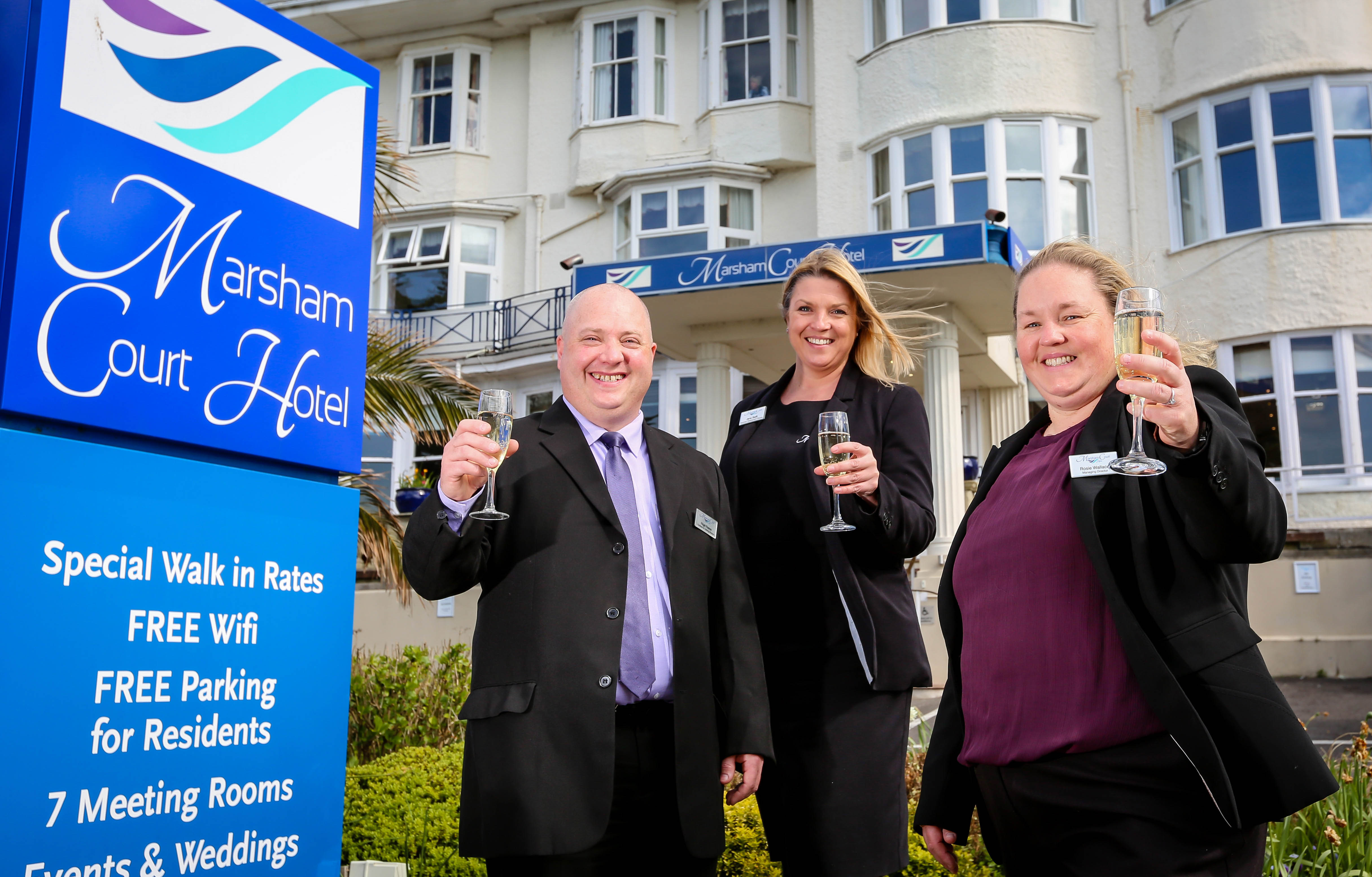 One of Bournemouth’s oldest family-run hotels has appointed directors from outside the family for the first time.

Former Hotel of the Year the Marsham Court in Russell-Cotes Road, has promoted its business development manager and operations manager to the Board.

Jane Swift joined the Marsham Court in November 2014. The former owner of a business support company, from Bournemouth, established the Marsham Court’s unique New2Business Networking group and has grown its conference and events business by 20 per cent in under two years. She said: “It is a huge honour to be offered a directorship with such a well-respected family business.

“These are exciting times for the Marsham Court with the renovation of the Solent Suite now complete, several other rooms set for refurbishment in 2019 and extensive guest room refurbishments ongoing. I will be continuing to help the business grow and evolve, with a particular eye on attracting new corporate business from across the country.”

Director of Facilities and Training Nigel Reeve joined the Marsham Court in June 2016 after spending 15 years in hospitality, the previous four of which as a tutor at the South West Regional Assessment Centre (SWRAC) in Wimborne. Nigel, from Broadstone, oversees the facilities of the 87-bedroom hotel, including human resources, training, housekeeping, security and food service.

The Marsham Court was bought by Russell, Rosie and James’s parents Jennie Deavin and Chris Dixon-Box, in 1987. Jennie later ran the hotel with her second husband Hugh Deavin and Rosie assumed overall responsibility for the business when Jennie passed away in 2017 following a long battle with cancer.

Rosie said: “My family has welcomed over a million guests since we took over the Marsham Court 30 years ago and one of the main reasons it continues to thrive as an independent, family-run hotel in an increasingly chain-led market is that our guests are made to feel part of our family.

“In the past few years Jane and Nigel have not only helped the hotel to flourish and grow, they have also shown a loyalty you would only usually expect from family.

“Russell, James and I are thrilled they have agreed to become directors and we are very much looking forward to their valuable input in the hotel’s continuing success.” 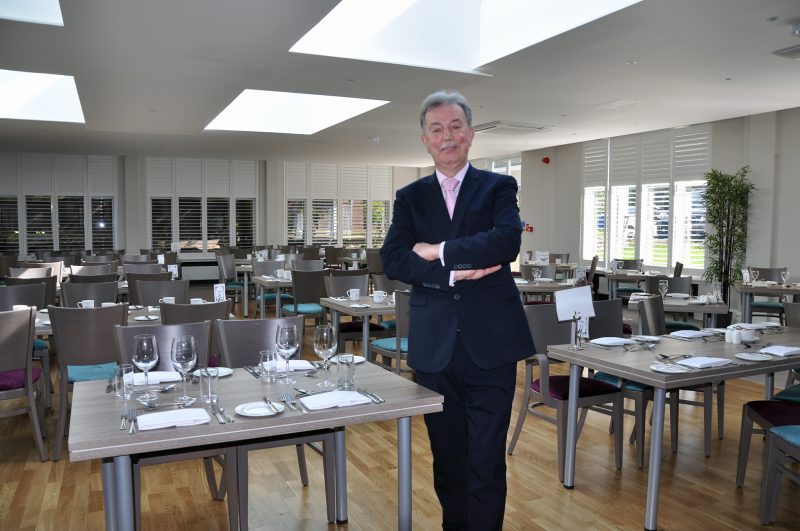 Bournemouth’s award winning Marsham Court Hotel has appointed a restaurant manager with over 40 years of experience in top hotels. Jose Martins, the former restaurant manager of FJB Hotels’ Harbour Heights, Haven and Sandbanks Hotels,  will head the team in the former Bournemouth Hotel of the Year’s newly-refurbished Solent Suite and Restaurant.

The appointment marks a return to the Marsham Court for Jose; after arriving in Bournemouth from his native Madeira in October 1977 he spent two months as a waiter there before being promoted to head waiter. Jose will ensure the smooth running of the family-run hotel’s restaurant and banqueting facilities, as well as directing restaurant staff, overseeing training and liaising with the Head Chef and all other hotel departments.

The new Solent Suite re-opened earlier this month and can accommodate up to 280 diners or special event guests, with new bars, décor and a large, fully sprung dance floor. Jose said he plans to use his vast experience to further evolve the hotel’s restaurant service.

He said: “I am really happy to be joining the Marsham Court Hotel. It’s a fantastic hotel, with a lovely family feel and great potential and I’m looking forward to bringing my ideas to make the customers’ experience even better, whilst also improving revenues for the hotel.” 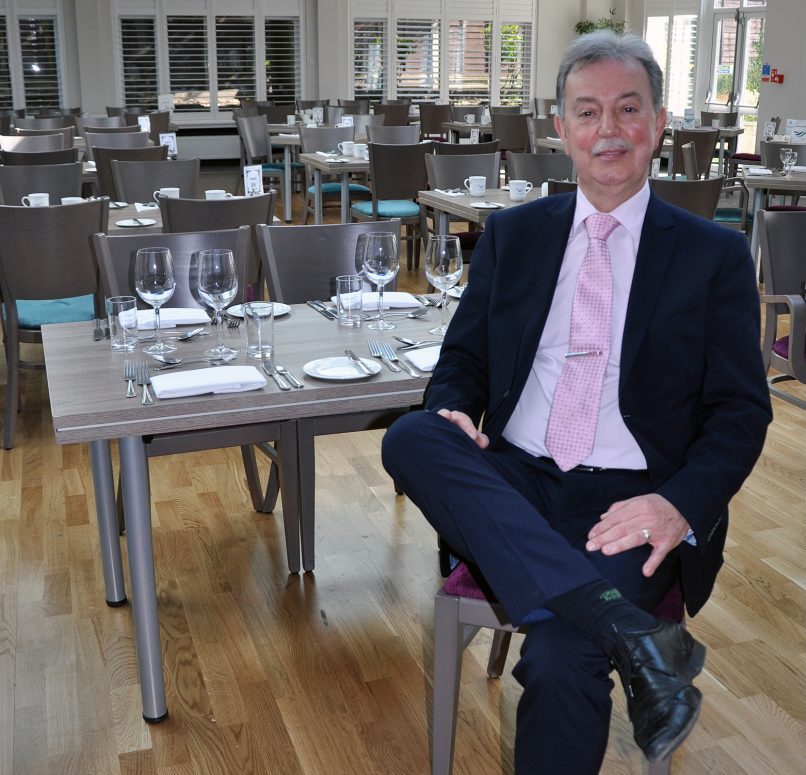 Grandfather-of-two Jose has traversed the globe three times and catered to the whims of some of the world’s most famous people. He worked on Cunard’s famous cruise liner the QE2 for two years as a senior station waiter, where he served world boxing champion Sugar Ray Leonard and the singers Lionel Ritchie and Rod Stewart.He said: “As you can imagine serving guests at sea can be a challenge; On one evening, in particularly bad weather conditions under San Francisco’s Golden Gate Bridge, every food preparation trolley fell over onto the floor and we had to start the whole prep from scratch.”

As Restaurant and Banqueting Manager at Bournemouth’s Highcliff Marriott Hotel, Jose also looked after the then prime ministers Margaret Thatcher and John Major. He joined FJB Hotels in 2004 and was restaurant manager at the Harbour Heights for six years, before holding the same role at the Haven Hotel and more recently the Sandbanks Hotel, for the last seven years.

Rosie Wallace, MD, whose family has owned the Marsham Court for over 30 years, said: “Jose’s reputation precedes him and we were thrilled when he agreed to join us in such a pivotal role.

“The hotel’s reputation relies on its excellent service, attention to detail and customer care.

“It was also a great surprise to hear that he had worked at the hotel before. It’s like he’s come back home.” 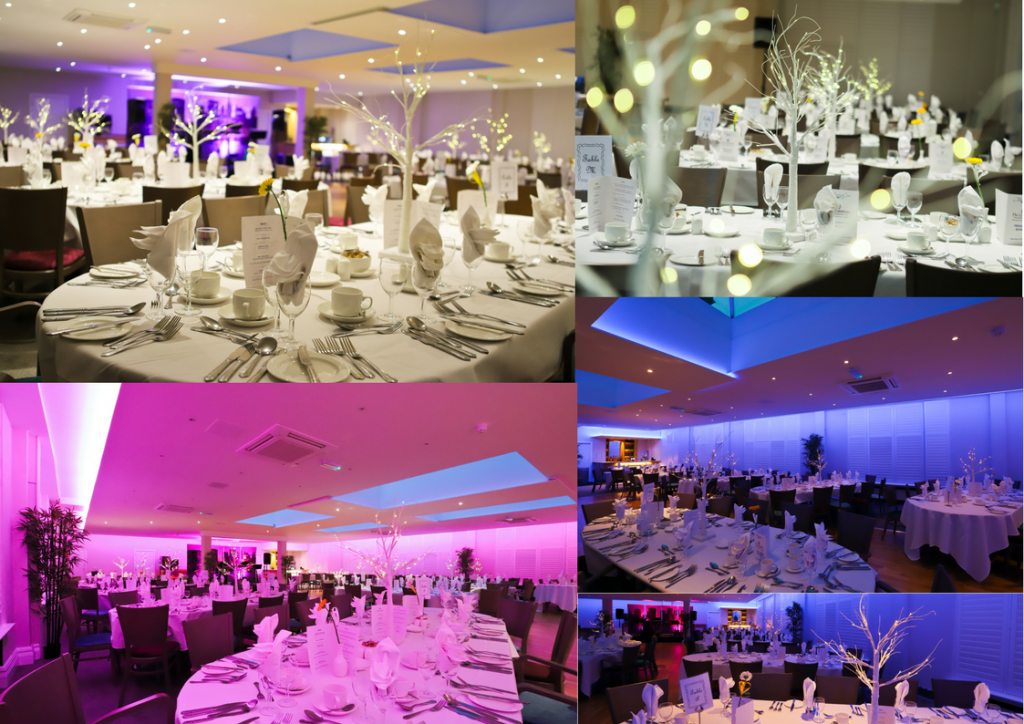 Last month we fully refurbished our restaurant and since then we have been overwhelmed by the feedback we received. The new, elegant style provides a relaxing atmosphere for our guests to enjoy their breakfast. At night, the venue transforms to what you need: a vibrant colour coordinated space for evening dinners, private functions, conferences and events.

The newly refurbished Solent Suite now includes a brand new 1500 sq ft sprung Oak dance floor which enables us to take larger dance groups in addition to our existing Ballroom. But that’s not the only thing that has changed. After removing the central pillar we now have four gorgeous glass skylights and a completely redesigned modern interior. 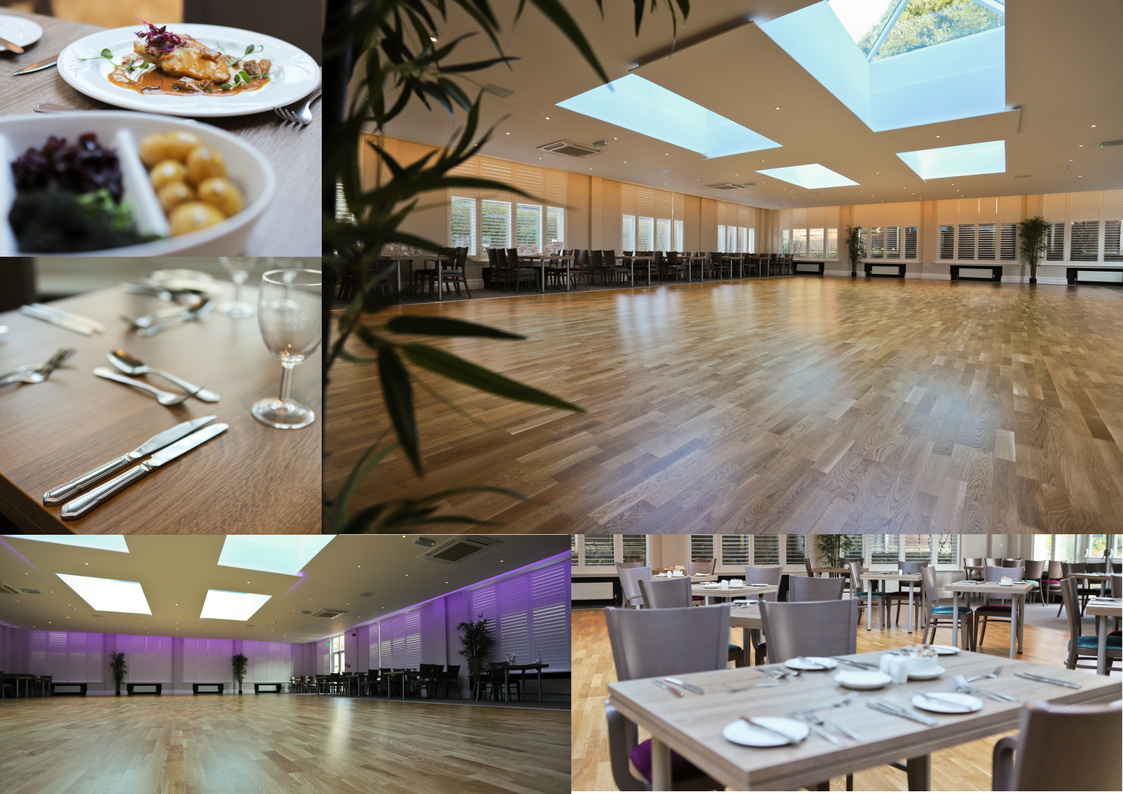 Isn’t this the perfect place for your next event?

We look forward to showing you around on your next visit! 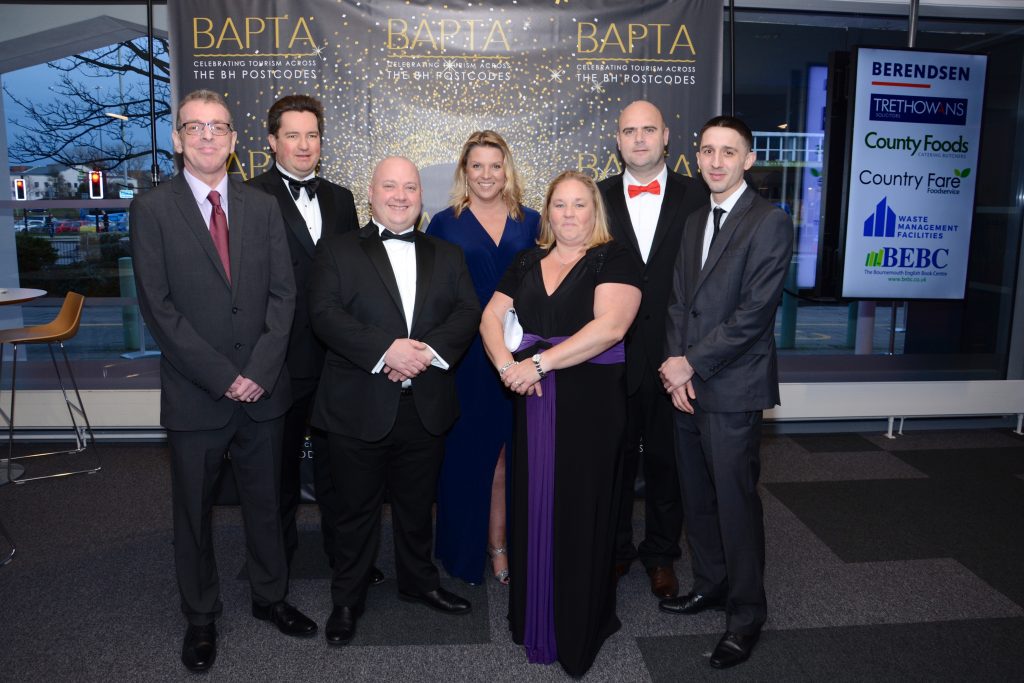 Last Thursday we had amazing time at the Bournemouth and Poole Tourism Awards with our friends and family. The incredible event took place in The Lighthouse in Poole.

We were very excited to be nominated in the Best Large Hotel category, especially having won this award before.

Even more exciting is the fact that this year we were a proud sponsor of the Best Retail Experience Award which was won by Titan Leathercraft Ltd. Congratulations to the amazing team that is behind this success!

After seeing many remarkable companies at the event, we are all very enthusiastic and hopeful to see what the future will bring for Bournemouth and Poole.